Our clients seek $10,000 from Google for illegally reading their Google Apps for Education account emails. Join them if you qualify.

Login
On April 30, 2014, Google announced that it had stopped scanning Google Apps for Education-powered account emails for advertising purposes(1)—after denying for years that it ever had been.(2) By then, more than 30 million students, teachers and administrators were using GAE-powered .edu email accounts.(1) Some didn’t even realize Google was providing their email service. If you used a GAE-powered .edu email account before that, Google apparently intercepted and read your emails to profile you.(3) If you didn’t consent, these acts violated federal law and may entitle you to $10,000 in statutory damages.

If you used a .edu email address between November 2010 and April 2014, you may be one of the tens of thousands of users who we believe have strong claims against Google. The Electronic Communications Privacy Act authorizes the court, in its discretion, to award $10,000 (in some cases more) for the unauthorized interception of email.(4) Want Google to delete its data about you? Want to hold Google accountable so other companies will be more likely to follow the law and honor people’s privacy in the future? Want to ask the court to award you $10,000? Those are all good reasons to join the lawsuit if you qualify.

Some schools told users their email was private (apparently the schools were fooled by Google). Those users reasonably expected privacy. So, they have strong claims against Google.
Gallo LLP is now accepting clients, on a contingency basis (you’ll pay us nothing from your pocket), from the following schools:
UC Berkeley, UC Santa Cruz, San Diego State, University of Maine, Bates College, Pacific Lutheran University, Harvard, Yale, University of Arizona, University of Washingson, and SUNY Stony Brook


Why This Lawsuit Is Important

While making Google pay for what it took is good, there are also important public policy considerations here.  Google secretly read your emails to develop a “user profile” on you --- to predict your behavior, to influence you, to manipulate you, and to gain an economic advantage over you for profit.  The implications of having your every word secretly cataloged and interpreted by a multi-national corporation using cutting edge artificial intelligence tools are far-reaching.  Google’s former CEO Eric Schmidt may have put it best: “We know where you are.  We know where you’ve been.  We can more or less know what you’re thinking about.”

This case alleges that Google’s actions violate the Electronic Communications Privacy Act, 18 U.S.C. §§ 2510 et seq.  If we win, Google may be required to pay $10,000 to each plaintiff. There’s no guarantee we’ll win.  But we believe we will win it.  And we are prepared to invest millions of dollars of time and cash to prosecute it.  The allegations and remedy sought are detailed in the Complaint.

This is a mass action, not a class action. To participate and benefit, you must act to join individually. To join, please follow the Join the Lawsuit link.

This site is sponsored by attorney and consumer advocate Ray E. Gallo of Gallo LLP. 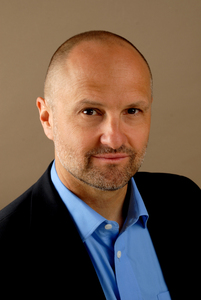 Since 2007, Ray has individually represented more than 1,900 current and former students, and tens of thousands of former student class members, in cases concerning student loans. Mr. Gallo is a graduate of Yale University and the UCLA School of Law. He has been listed in Martindale Hubbell's Bar Register of Pre-eminent lawyers since 1999, and enjoys AVVO.com's perfect "10" rating. Last but not least, Ray has accumulated a stunning winning percentage at trial (more than 85% of cases tried to verdict and a perfect record in defense trials).

Do your homework on us, and then join the case against Google.
Read More

This website constitutes a "communication" within the meaning of California Rule of Professional Conduct 1-400 in that it is a "message or offer made by or on behalf of a member [of the California State Bar] concerning the availability for professional employment of a member or a law firm directed to any former, present, or prospective client." See our website Notices, Terms, and Conditions for additional information.

Click here to see if you are eligible to join the lawsuit.

Click here to see if you are eligible to join the lawsuit.